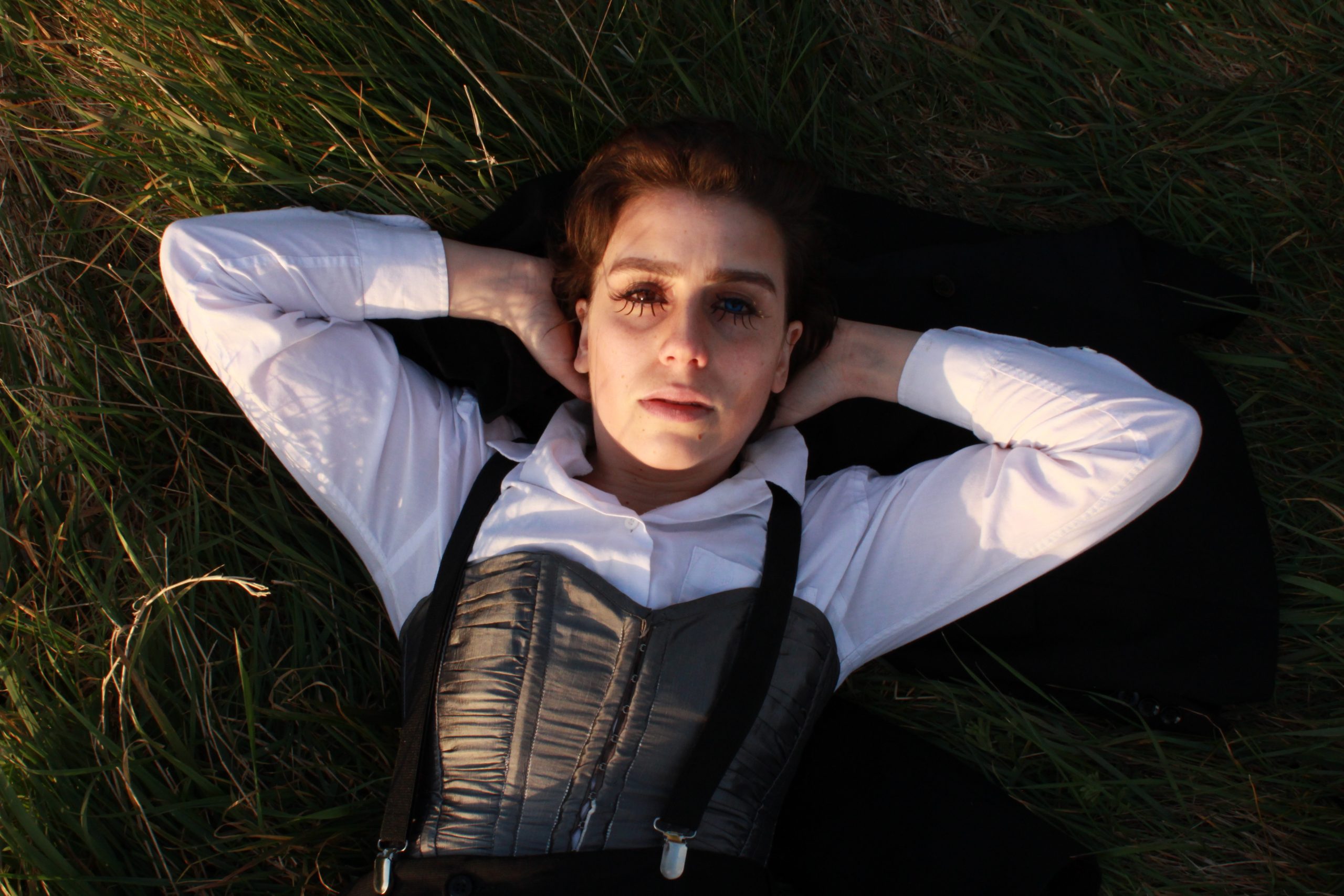 Join me on a journey of grim self-discovery.

Inspired by theories on gender, sociology, and posthumanism, Kitsch transforms themselves and volunteers into fictional characters through acting techniques such as improvisation and the Method. Through performance, video, photography, print, and social media experiments Kitsch explores new ways of conceptualising ‘the self’. Kitsch creates work about the many layering processes behind human identity, and how we are now living in a strange, chaotic time in the world that lies in-between dated traditional values and trailblazing digital realities. Undoubtedly, the imprint of man is changing. In a world where being human isn’t cutting it, where does our sense of self lie?
Bio     Kitsch Doom is an award-winning visual artist and filmmaker based in Ireland and the U.S. With a background in fine art printmaking, performance, photography, and video Kitsch combines elements of fine art and media. Kitsch graduated with a first-class honours in BA Fine Art and Visual Culture in 2019 and recently graduated from an MFA in Fine Art Media at the National College of Art and Design in Dublin. Kitsch has won 4 awards for Best Experimental Film in New York Film Awards, Los Angeles Film Awards, Festigious Los Angeles and FilmCon for their video performance The Clothes Wear You (2020). ​Kitsch has exhibited work both nationally and internationally and is represented by Stoney Road Press. Notable exhibitions include #ICPConcerned at the International Centre of Photography New York City, Ink Miami, London Original Print Fair, The RHA 190th, 191st, and 192nd Annual Exhibition and Galway International Arts Festival where they were awarded with the NUI Galway Purchase Prize. Kitsch’s work has been collected by NUI Galway, The United Arts Club, Wexford Arts Centre and other private collections.
Click to Check My latest CV Here